Philadelphia Man Arrested for Theft of a Motor Vehicle 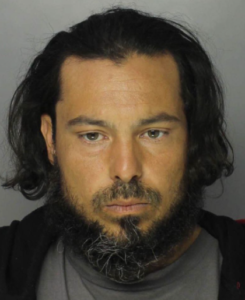 On Monday, May 2, 2022, at approximately 3:20 AM, Upper Allen Police were dispatched for suspicious activity at a business in the 1100 block of South York Street. An investigation determined that multiple suspects had cut a hole in a fence that led to the Pennsylvania Turnpike. The suspects then drove multiple stolen vehicles through the damaged fence and onto the westbound lanes of the Turnpike. After a pursuit with the Pennsylvania State Police, Cardona-Thompson was identified as the driver of one of the stolen vehicles. Cardona-Thompson was arrested by the Pennsylvania State Police and transported to Dauphin County Central Booking where he was additionally charged with the above offenses by Upper Allen Police. A preliminary hearing has been scheduled for Thursday, May 26, 2022.