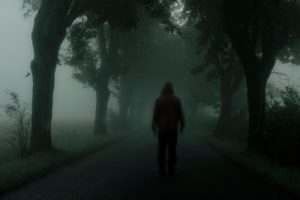 On the evening of Friday, September 16th, 2022, at approximately 10:30 PM, the Upper Allen Police were dispatched to a non-active armed robbery that occurred just an hour earlier in the parking lot of an apartment complex off of Geneva Drive. The two victims reported that they were seated in a vehicle when they were approached by the two male suspects. One of the suspects displayed a firearm to the victims and demanded their money. Both victims were struck in the face, and one had their cell phone stolen. The suspects then fled the area on foot.

Police are asking anyone with information about the suspect’s possible identity to contact Upper Allen Police at 717-238-9676. An anonymous tip line is also available by calling or texting 717-850-UAPD (8273). Anonymous tips can also be submitted online by visiting: www.upperallenpolice.com.