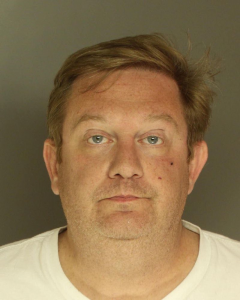 Charges:
Driving under the influence
Endangering the welfare of a child

On April 7, 2019 at approximately 12:10 PM, Upper Allen received information about a possible DUI driver. Following an investigation, Howard was found to be driving under the influence and had two juveniles in the back seat of his vehicle. Howard was arrested and taken to Cumberland County Prison for processing and arraignment. A preliminary hearing will be held at a later date.