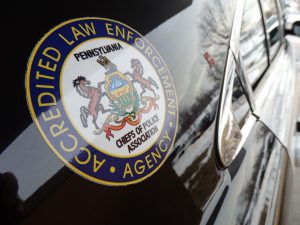 On Sunday, August 18, 2019 at approximately 9:30pm, Upper Allen Police were dispatched to an armed robbery that took place in the parking lot of Lindham Court apartments. Two suspects displayed a handgun and stole the victim’s valuables. The investigation has determined that the victim was a chance victim, not known by the suspects and not known to reside in Lindham Court. The two suspects are described as light-skinned black males in their late teens or early 20’s.

Anyone with information regarding this incident is asked to call 717-238-9676. An anonymous tip line is also available by calling or texting 717-850-UAPD (8273). Anonymous tips can also be submitted online by visiting: www.upperallenpolice.com.