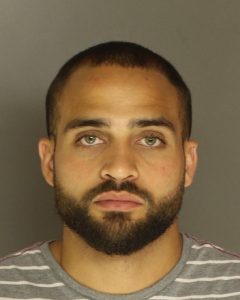 On Friday, May 31, 2019 at approximately 2:14 PM, Upper Allen Police were dispatched to a local business to investigate an incident involving Williams. An investigation revealed that Williams was in possession of marijuana and drug paraphernalia. Charges were filed against Williams for the incident. On Thursday, August 29, 2019, Williams waived the preliminary hearing and all charges were bound over to Cumberland County Court of Commons Pleas.