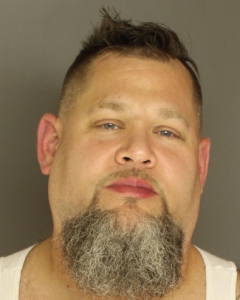 On Wednesday, September 4, 2019 at 11:19 PM, Upper Allen Police were dispatched to a domestic disturbance involving a handgun in the 600 block of Park Ridge Drive. During the investigation, it was determined that Scott Lewis threw a large metal ornament at the victim, shoved the victim to the ground and then later pointed a loaded handgun at the victim’s head. Lewis was arrested at the scene and transported to the Cumberland County Prison for processing and arraignment. A preliminary hearing will be held at a later date.