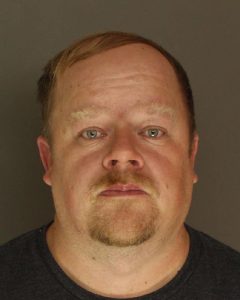 On Thursday, October 17, 2019, Upper Allen Police were dispatched to an address in the 500 block of Meadowcroft Circle for a domestic disturbance. An investigation determined that Croman pushed the victim up against a wall with his hand on her throat, and then threw a cell phone at her face, causing the victim to sustain an injury. Croman was arrested at the scene and transported to the Cumberland County Prison for processing and arraignment. A preliminary hearing will be held at a later date.