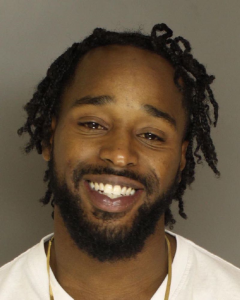 On November 3, 2019 at approximately 4:35 PM, Upper Allen Police conducted a traffic stop on a vehicle for a vehicle code violation. During the traffic stop, it was learned that Bryant possessed marijuana inside his vehicle. After the marijuana was seized, Bryant was arrested and transported to Cumberland County Prison for processing. A preliminary hearing will be held at a later date.