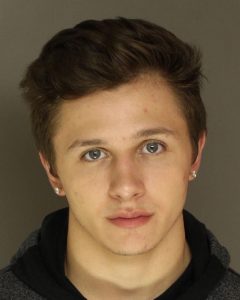 On February 1, 2020 at approximately 2:15 am Upper Allen Police initiated a traffic stop of a vehicle being driven by Galaspy on US Route 15 N for a violation of the vehicle code. During the stop Galaspy was determined to be DUI. He was also found to be in possession of marijuana and drug paraphernalia and had provided marijuana to a minor in his vehicle. Galaspy was then arrested and transported to Cumberland County Prison for processing. A Preliminary Hearing will be held at a later date.