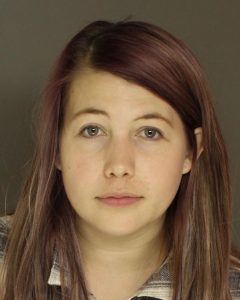 On March 14, 2020 at approximately 2:30 AM Upper Allen Police conducted a traffic stop on a vehicle driven by Elizabeth Steeves. Steeves was found to be driving under the influence of marijuana and was in possession of marijuana and associated drug paraphernalia as well. Steeves was arrested and transported to Cumberland County Central Booking for processing. A preliminary hearing will be held at a later date.