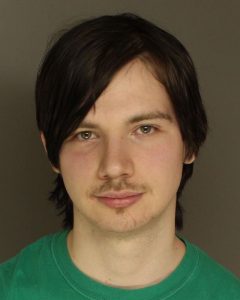 On March 25, 2020 at approximately 11:30 PM, Upper Allen Police were dispatched to the residence of Nolan Stopfel for a domestic incident. Following an investigation, it was determined that Stopfel pushed the victim and covered her mouth and nose multiple times to prevent her from breathing. Stopfel was arrested on scene and transported to Cumberland County Prison for processing and arraignment. A preliminary hearing will be held at a later date.