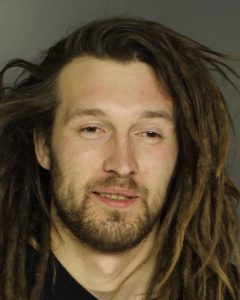 On Sunday March 22, 2020, the Upper Allen Township Police Department responded to a residence for a medical emergency. Police learned that the victim was deceased from a possible drug overdose. The Cumberland County Coroner’s Office later confirmed that the victim’s death was caused by an overdose of illicit drugs. During the subsequent investigation, police identified that Andrei Burkett and Clayton Carroll were responsible for delivering drugs to the victim. Arrest warrants were obtained for both suspects and police are still attempting to locate Andrei Burkett. Anyone with information is asked to contact Upper Allen Police at 717-238-9676. A tip line is also available by calling or texting 717-850-UAPD (8273). Anonymous tips can also be submitted online by visiting: www.upperallenpolice.com.