Harrisburg Man Arrested for Stealing from his Employer 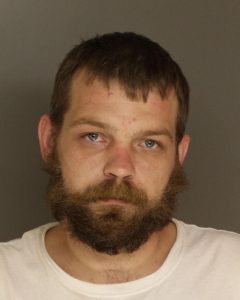 On April 29, 2020 at 1:34 AM Upper Allen Township Police responded to the 600 Block of Geneva Drive for a 911 hang-up. Upon arriving in the area, police located a domestic disturbance involving George Hackenberger who was refusing to leave a residence. Hackenger resisted attempts to arrest him for trespassing. After being taken into custody, Hackenger was found to be in possession of marijuana and drug paraphernalia. Hackenberger was taken to Cumberland County Central Booking where he was afforded a preliminary arraignment and later committed to the Cumberland County Prison on $10,000 bail. On May 1, 2020, after being released from prison, Hackenberger contacted the victim in violation of a Protection from Abuse Order (PFA). Hackenberger was arrested for the PFA violation and was taken back to Cumberland County Central Booking. He was afforded a preliminary arraignment and released on $5,000 bail.