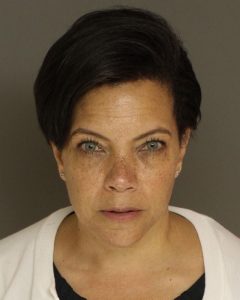 In October 2019 the Upper Allen Township Police Department received a report of suspicious purchases being made from an elderly victim’s bank account. The victim was not able to care for her own finances and had appointed Patti Green to be her power of attorney. The Upper Allen Township Police Department began an extensive investigation which led to the discovery of financial records showing the theft of money from the victim’s account. Over the course of several years, Green stole over $290,000 from the victim. An arrest warrant was obtained for Green and she was arrested in Chicago, Illinois by the Chicago Police Department. On July 10, 2020, Green was afforded a preliminary arraignment in Pennsylvania and was released on $70,000 unsecured bail. A preliminary hearing is scheduled for September 17, 2020.