Vandalism to a Vehicle in Cedar Ridge 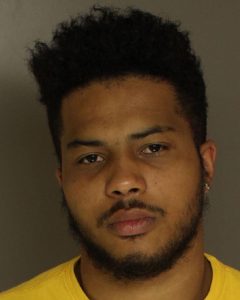 In August 2019, a victim learned from a collections agency that their identity was used to open a financial credit account. The investigation revealed that the account was opened and used by Takeno Scales. On July 9, 2020, Scales voluntarily surrendered on an arrest warrant obtained for this case. Scales was released on bail and a preliminary hearing will be held at a later date.