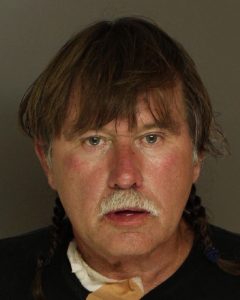 Charges:
Drug Delivery Resulting in Death
Delivery of Controlled Substance
Criminal Use of a Communication Facility

On Sunday March 22, 2020, the Upper Allen Township Police Department responded to a residence for a medical emergency. Police learned that the victim was deceased from a possible drug overdose. The Cumberland County Coroner’s Office later confirmed that the victim’s death was caused by an overdose of illicit drugs. During the subsequent investigation, police identified that Clayton Carroll and Andrei Burkett were responsible for delivering drugs to the victim. Clayton Carroll was arrested on April 30, 2020 and Andrei Burkett was arrested on May 20, 2020. The investigation continued and police identified that William Burdick was also responsible for delivering drugs to the victim. On July 23, 2020 William Burdick was arrested on the above charges. Burdick was afforded a preliminary arraignment and was released on $250,000 unsecured bail. Burdick has waived his preliminary hearing and the case will be forwarded to the Cumberland County Court of Common Pleas for trial.