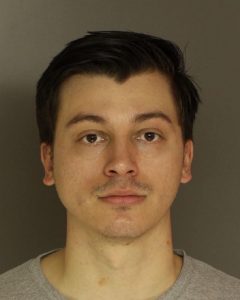 On August 2, 2020, the Upper Allen Township Police received a report of a child under six years of age who had been physically assaulted. An investigation determined that Ethan Hobbs injured the child during the assault. An arrest warrant was obtained and Hobbs surrendered on September 8, 2020. Hobbs was released on $2,000 bail and the preliminary hearing is scheduled for October 16, 2020.