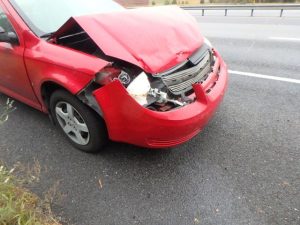 The Upper Allen Police responded to a two vehicle crash on Tuesday, September 29, 2020 at 11:00 AM on US Route 15 North at mile marker 39.7. A Chevrolet Cobalt, operated by Logan Bennett, was behind a Chevrolet Suburban occupied by Gaye and Irvin Turpin. Both vehicles were on the entrance ramp attempting to merge onto US Route 15. The vehicle driven by Turpin was unable to merge due to traffic. Bennet failed to recognize that Turpin was not merging and Bennett’s vehicle struck the rear of Turpin’s vehicle. Bennett suffered a minor head injury from the crash and was transported from the scene by an ambulance for medical treatment.