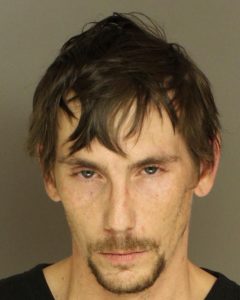 Charges:
Driving Under the Influence of Alcohol
False Identification to Law Enforcement
Possession of a Controlled Substance
Possession of Paraphernalia
Driving while Operating Privilege Suspended

The Upper Allen Police conducted a traffic stop on US Route 15 North at the PA Turnpike on November 10, 2020 at 3:19 AM. The driver stated he did not have identification and provided a false name and date of birth. The driver was eventually identified as Brent Fisher II. Fisher was determined to have a suspended driver license and was also determined to be under the influence of alcohol. Fisher was arrested and a controlled substance and drug paraphernalia was found on his person. Fisher was transported to Cumberland County Central Booking for processing. Fisher will have a preliminary hearing scheduled on a later date.