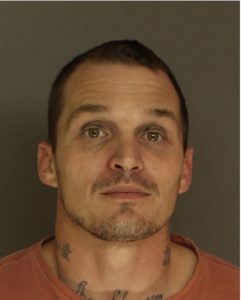 On November 12, 2020 at approximately 6:40PM the Upper Allen Township Police received a report of a domestic assault that took place at a residence in the 400 block of Garden Drive. Police responded to the residence to arrest the suspect, John Beckey, for assault. When police arrived Beckey barricaded himself and refused to surrender. The Cumberland County Special Response Team Negotiators responded to the scene to assist. The negotiators were able to convince Backey to surrender himself peacefully and he was taken into custody without further incident. Backey was then transported to Cumberland County Central Booking for processing and arraignment.