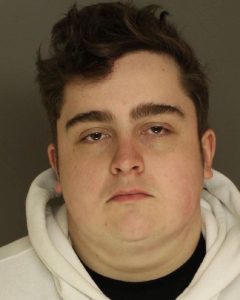 On Monday, January 11, 2021 at approximately 11:00 PM, an Upper Allen Police Officer conducted a traffic stop on a vehicle and Kreider was identified as the operator. Following an investigation, Kreider was determined to be driving under the influence of a controlled substance and in possession of marijuana and drug paraphernalia. Kreider was arrested on scene and transported to the Cumberland County Prison for processing. A preliminary hearing will be held at a later date.