During the evening and overnight of July 20 into July 21, 2010, several unlocked vehicles and one open garage were entered by unknown persons in the Meadow View and Canterbury developments. Cash, personal items and electronics were taken from the vehicles. Two of the electronic items stolen are a DELL E-5400 Laptop Computer, Serial # BQ36LK1 and a Garmen GPS, Serial # 1R2767884.

Residents are again encouraged to lock all vehicles when parked at home and to close and secure garage doors. Suspicious activity, especially at night,should be reported immediately by dialing 911.

Anyone with information pertaining to this incident is encouraged to call the Upper Allen Township Police Department at 717-795-2445 or the anonymous tip line at 717-591-3790.

On July 14, 2010 the Upper Allen Police Department was dispatched to the 1000 block of S. Market Street for the report of a non-active burglary. Upon arrival police learned that cash and jewelry were stolen from the residence. The incident occurred sometime between July 9, 2010 and July 14, 2010. There was no sign of forced entry. Anyone with information pertaining to this incident is encouraged to call the Upper Allen Township Police Department at 717-795-2445 or the anonymous tip line at 717-591-3790. 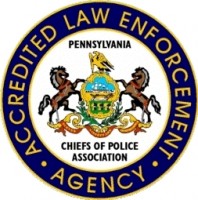 The accreditation concept and practice is not new. For many years hospitals, universities and other professional fields have undergone accreditation to prove compliance with professional standards. Accreditation is a progressive and time-proven way of helping organizations evaluate and improve their overall performance. The cornerstone of this strategy lies in the promulgation of standards containing a clear statement of professional law enforcement objectives. The PLEAC program contains 131 standards and 184 sub standards.

The PLEAC recognition is a coveted award that symbolizes professionalism, excellence and competence in the law enforcement profession. The Upper Allen Township community can take pride in their department knowing it represents the very best in Pennsylvania law enforcement.

PLEAC was established in July 2001 and the Upper Allen Township Police Department became the 68th police department out of over 1200 departments in Pennsylvania to be recognized by PLEAC as an accredited agency.

On Monday, July 12, 2010 at approximately 11:00 AM, a report was received that several unoccupied townhouses had been broken into. The townhouses are located in the Melbourne Place housing development in the 100 block of Melbourne Lane. The incident occurred sometime between the afternoon of Friday, July 9th and the morning of Monday, July 12th. Each one of these three units had its rear door handle and lock smashed off, allowing entry into each building. Anyone with information pertaining to this incident is encouraged to call the Upper Allen Township Police Department at 717-795-2445 or the anonymous tip line at 717-591-3790.

Man Wanted for Burglary and Assault 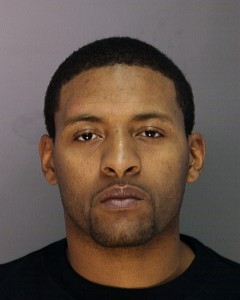 On July 9, 2010 @ 1:50 PM police were called to a residence in the 600 block of Cumberland Pointe Circle. The female resident reported that her ex-boyfriend, Sausha Wallace, entered her residence and assaulted her by punching and choking her. Wallace fled the residence prior to police arrival taking the victim’s phone with him. The female’s children were present during the assault.