On Tuesday December 29, 2009 at approximately 2:40pm an unknown black male wearing a black hooded sweatshirt, which covered his face, approached a male victim in the 700 block of Cumberland Pointe Circle. The male suspect demanded money and made threats toward the victim threatening to harm the victim if his demands were not met. The actor fled the area a short time later. Anyone with information regarding this incident is urged to contact the Upper Allen Police Department at 717-238-9676 or through our anonymous tip line at 717-591-3790.

On Thursday, December 24, 2009 at approximately 11:00 AM, Upper Allen Police responded to Broadmoor Drive for the report of an individual armed with a gun and threatening suicide. Upper Allen Police secured the area around the residence and requested assistance from the Cumberland County Special Response Team. At approximately 2:00 PM, the individual surrendered peacefully to a crisis negotiator. The individual was transported for psychiatric evaluation and was uninjured in the incident. 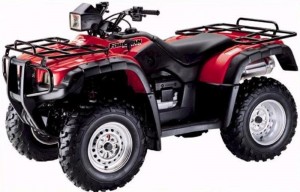 The Upper Allen Police Department is investigating the theft of a red Honda Rubicon ATV from a barn in the 2400 Block of Mt. Allen Drive. The theft occurred sometime between December 16th and December 19th, 2009. The picture above is similar to the ATV which was stolen. Anyone with information regarding this investigation is urged to contact the Upper Allen Police Department at 717-238-9676 or through our anonymous tip line at 717-591-3790. 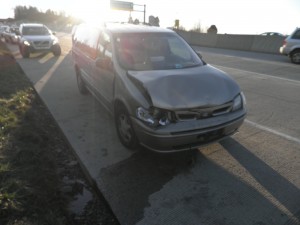 On Wednesday, December 16, 2009 at 3:22 PM Upper Allen Township Police responded to US Route 15 just north of E. Winding Hill RD for an auto accident. During the investigation it was discovered that Waggoner ran into the rear of Morefield’s vehicle when the traffic merging onto the highway suddenly slowed down. Waggoner reported minor injury but refused EMS treatment. Waggoner’s vehicle had become disabled and was towed from the scene by Hess Garage.

Afternoon Crash On Route 15 Sends One Person To Hospital 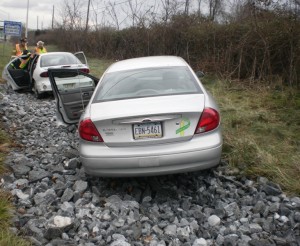 On Tuesday, December 15, 2009 at approximately 12:36 PM, the Upper Allen Police Department was called to the scene of an auto accident on US Route 15 North in the area of the PA Turnpike entrance ramp. A 2001 Pontiac Sunfire, operated by McMullen struck a 2001 Ford Taurus, operated by Rice. The collision caused both vehicles to leave the roadway, coming to rest in a drainage field on the right side of the highway. McMullen was transported by West Shore EMS to Harrisburg Hospital for evaluation of an unknown back injury. No other injuries were reported. McMullen’s vehicle was towed from the scene by Hess’s Garage.