In the evening of October 30, 2009, a resident of the 600 block of Cumberland Pointe Circle reported a possible Indecent Assault upon her minor daughter. That reported contact having come from a known family associate between July and August of 2009. The allegation is currently under investigation.

Upper Allen Police are investigating the report of two white males in their late teens or early twenties who had contact with Trick or Treaters on October 29, 2009 in the Canterbury neighborhood. At approximately 6:45 pm the occupants of a blue pick up truck drove past two minors and asked them if they wanted some candy. They then told the minors to get in the back of the truck if they did. The occupants made no overt attempt at physical contact with them and the Halloweeners went to a friend’s house and reported the incident. Any one able to identify the truck or its occupants is asked to contact Upper Allen Police directly at 717-795-2445 or via Cumberland County Communications Center at 717-238-9675 or through our anonymous tip line at 717-591-3790.

On October 23, 2009 at 10:17 AM, an unknown black male entered a residence in the 300 block of East Meadow Drive. This male is believed to have entered the residence through a basement sliding glass door. A male juvenile resident was home at the time. The resident heard footsteps in the house and found the suspect standing at the bottom of the first floor staircase. The suspect then ran down another flight of stairs and into the basement of the residence and exited through the same door he entered.

The suspect was described as a 6 foot tall black male in his early 20’s with no facial hair. He was to be wearing dark colored pants and a dark colored windbreaker style jacket with red detailing on the upper torso. He is also to have worn a blue baseball cap.

Anyone with information is urged to call the Upper Allen Township Police Department at 238-9676 or the anonymous tip line at 591-3790. 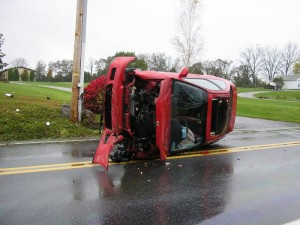 On October 16, 2009 at approximately 11:06 AM, Upper Allen Township Police were dispatched to the area of 1201 East Lisburn Road for an auto accident involving an overturned vehicle. The 1993 Honda Civic, operated by Lynch, left the roadway while Lynch was attempting to negotiate a curve. The vehicle went up a slight embankment causing the vehicle to overturn. Lynch suffered minor injuries in the crash but refused medical transport. The vehicle was towed from the scene by Hess’ Garage. Upper Allen Fire Department assisted at the scene. 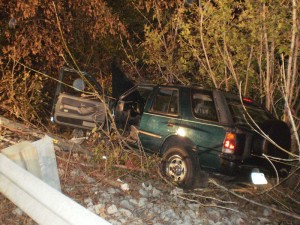 On October 12, 2009 at 10:23 PM Upper Allen Police responded to a single vehicle accident on Rt 15 South in the area of I-76. The vehicle, driven by Adams, had left the roadway and traveled between a guardrail and a large tree stump and down into a ditch where it became stuck next to some small trees and a fence. Adams was removed from the vehicle and transported to Holy Spirit Hospital for evaluation due to his altered mental status. This crash closed the right lane of US Route 15 south for approximately 1 hour. Police continue to investigate the incident. Upper Fire Department, Lower Allen Fire Department, West Shore and Hampden EMS assisted at the scene.