Texas Man and Woman Arrested for Drug and Weapon Offenses 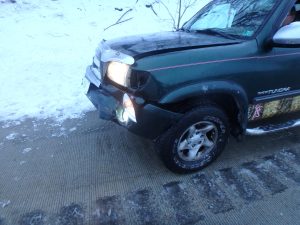 The Upper Allen Police responded to a single vehicle crash on US Route 15 South at mile marker 37.0 on Thursday, February 18, 2021 at 5:13 PM. A Toyota Tundra operated by Dwayne Kaylor lost control due to slippery road conditions. The Toyota struck the embankment on the right side of the roadway, then crossed both lanes of travel and struck the center median. Kaylor reported being injured as a result of the crash, but refused medical treatment at the scene.