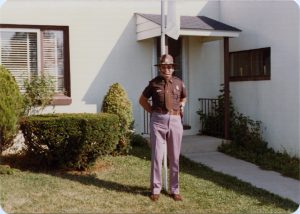 According to the US Census, the population of the Township was 5,299 residents. The municipal government of the township did not have a building from which to operate during this period. During the first six months of operation, phone calls that needed to be made by Chief King were many times made from the Pennsylvania Turnpike booth at Exit 17, now known as Exit 236.

In December 1966, the Township purchased Walters Roadside Market at 52 Gettysburg Pike, which became the Township and Police headquarters. 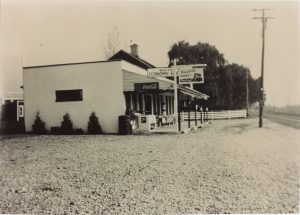 In January of 1968, Chief King received a twenty-six cent raise, which made his hourly rate, $2.88 per hour.

In September of 1969, Carl K. Hutchison, formerly of Lemoyne Borough Police was hired as the second full-time Police Officer at a rate of $2.62 and made a Sergeant.

In the spring of 1971, Dennis L. McCauslin and Larry L. Shumaker were hired as the third and fourth full-time Police Officers for the Department.

The salaries of the five full-time Police Officers in July of 1972 were:

In October of 1972, Officer McCauslin was the first Upper Allen Police Officer to graduate from a police academy, the PSP Municipal Academy.

Since 1966, there have been a total of fifty-one full time Police Officers hired including the current staff.

Throughout the history of the Department, there have been three Chief’s of Police:

Between 1972 and 1980, the Department would become a leader for other departments in Cumberland County. Several of these undertakings include:

By the 1980’s, Upper Allen Township was one of the fastest growing municipalities in the mid-state. The agriculture landscape was becoming suburbia to Harrisburg, York, and Washington DC with the developments of Meadowview, Canterbury, and Peachtree to name a few. The Department needed to adapt itself to meet the needs of an expanding community.

In January 1982, the eight man Department would move to 100 Gettysburg Pike, to what was considered a very modern facility. 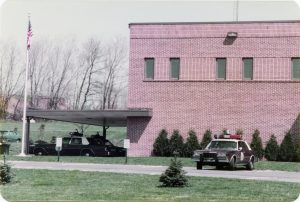 Between 1980 and 1990, the Department would continue being a leader in providing law enforcement in Cumberland County:

The Department has always conducted business as a community oriented agency long before it became a cliché. The Department provided:

Community oriented policing continues with community programs such as:

By September 2011, the Department moved into its expanded building, which will meet the future needs of the agency. The new Department facilities includes:

The police service is no different from any other business in terms of what it takes to be successful. The principles, which guide the Upper Allen Township Police Department in delivery of our services, include:

The Department is proud of it transparency, information regarding the Department activities is released to the public in many formats:

The Upper Allen Police Department is a full-service law enforcement agency, which has experts in the field of computer forensic analysis, drug enforcement, accident investigation, public relations and criminal investigations.

As the Upper Allen Police Department moves into its next fifty years of service, you can rest assured that the three hundred and thirty five years of combined police experience will strive to meet our motto: Nunquam Non Paratus