In 2022, Upper Allen Police investigated 281 crashes which is an increase from 245 crashes in 2021. There were 188 non-reportable crashes and 93 reportable crashes. A crash is reportable if it involves injury to or death of any person and/or damage to any vehicle to the extent that it requires towing. 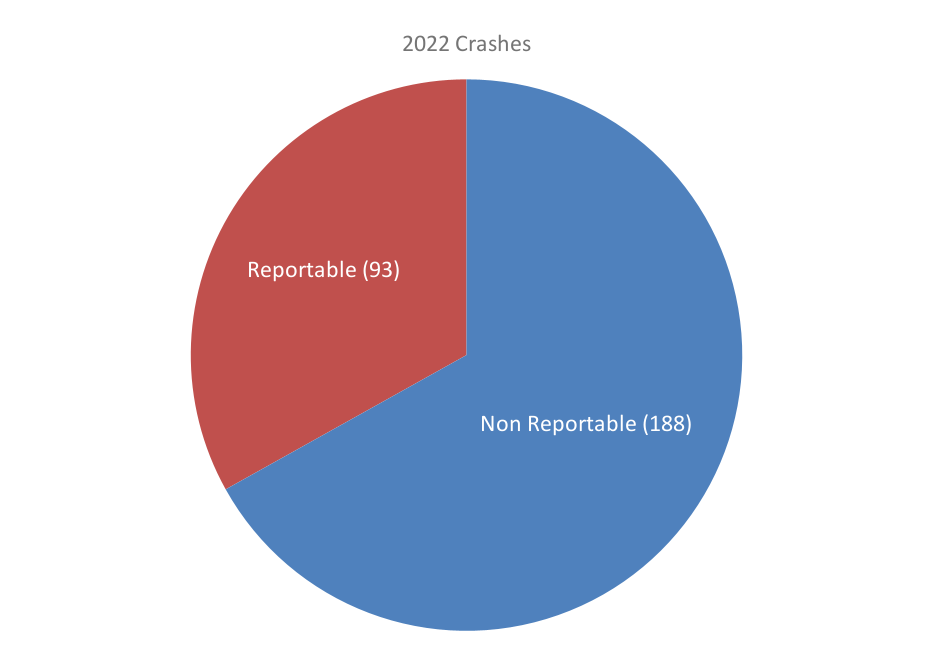 The majority of the crashes occurred on state-maintained roadways, specifically South Market Street and US Route 15. 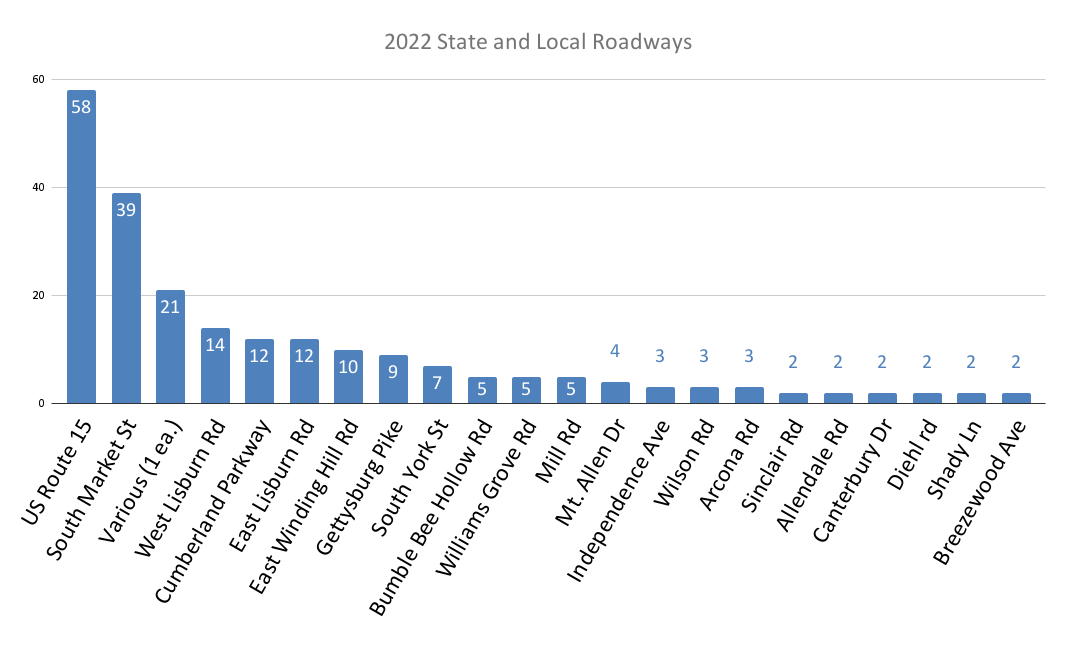 Most crashes occurred on Thursday, followed by Friday and between the hours of 3pm and 6pm followed by 12pm to 3pm. 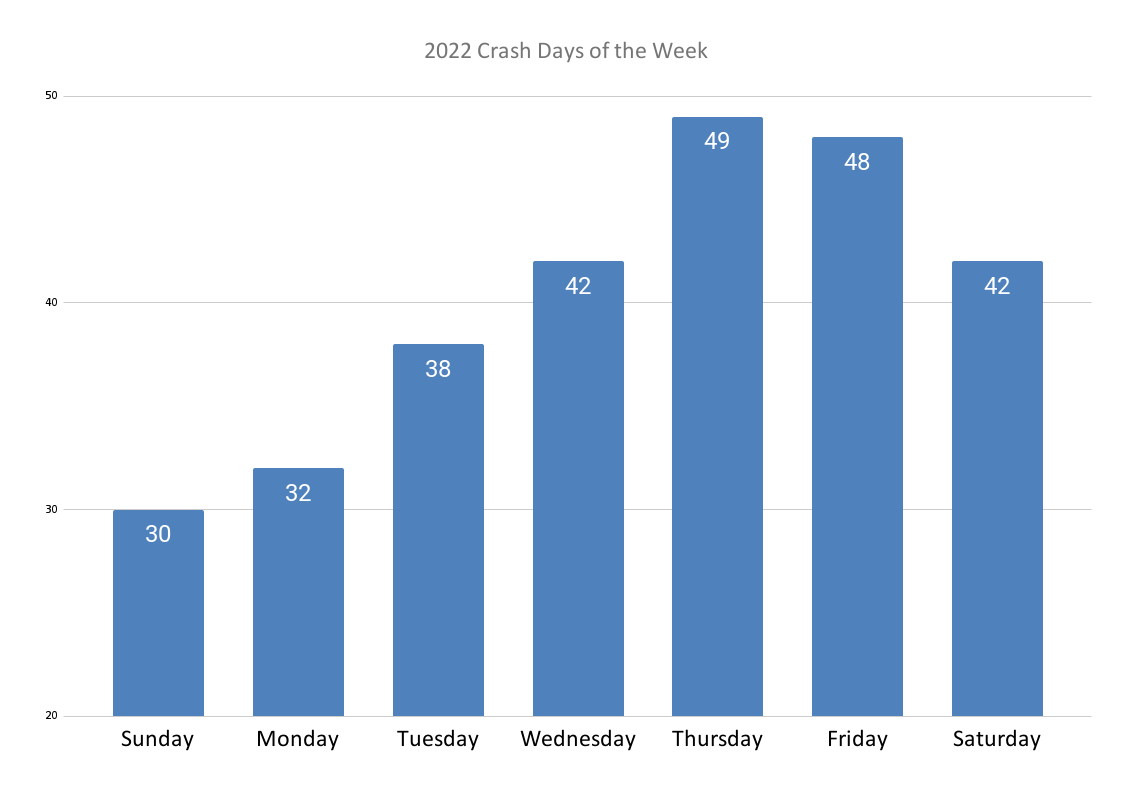 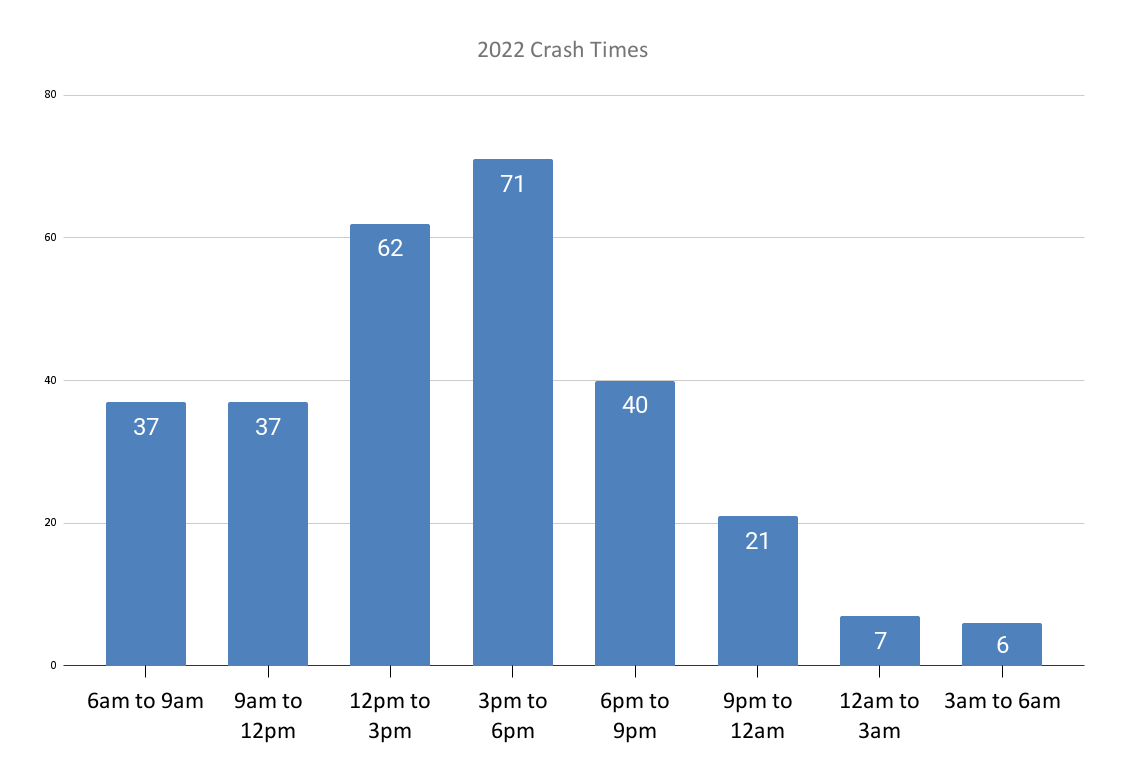 The overwhelming majority of crashes are caused by driver actions, specifically Careless Driving and Improper Backing. 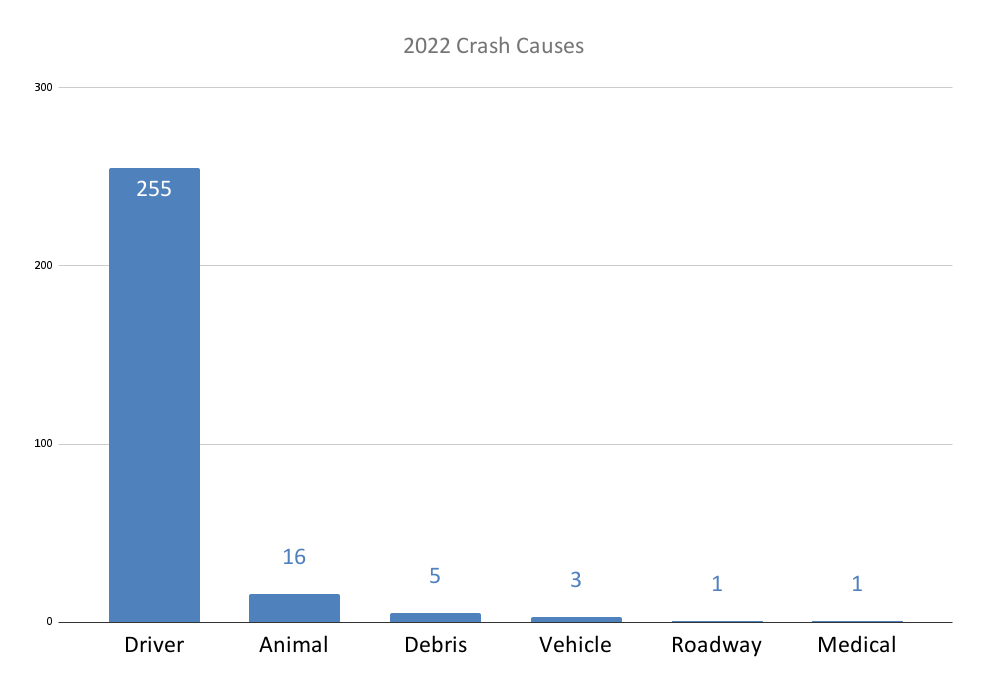 Officers being visible on the primary roadways during higher crash rate times may reduce crashes, but only if drivers are alert and attentive. Given that driver actions are the primary cause of crashes, getting drivers to slow down, stop using mobile devices, and allowing adequate space between vehicles should result in fewer crashes.