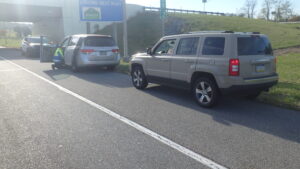 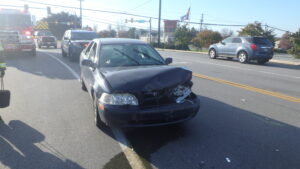 On Sunday, November 7, 2021 at 2:46 PM the Upper Allen Police were dispatched to the 1st block of Cumberland Parkway to investigate a two vehicle crash. An investigation determined that both vehicles were traveling eastbound and the the driver of the follow-on vehicle ran into a vehicle stopped in front of him waiting to turn left into Sheetz. Both vehicles sustained damage and the striking vehicle was towed from the scene. The driver of the striking vehicle suffered minor injuries but was not transported for medical treatment. Upper Allen Police were assisted by the Upper Allen Fire Department and Lower Allen EMS. 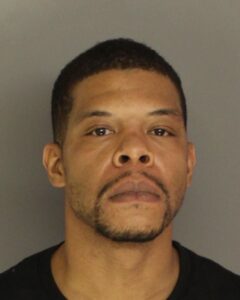 On Friday, November 5, 2021 at approximately 10:30 PM the Upper Allen Police responded to a residence in the 1700 block of Empress Drive for an active domestic disturbance. Upon arrival it was determined the suspect, Andre Johnson, had fled the scene. The investigation determined Johnson physically assaulted a female family member, during which a firearm was involved as well. It was determined Johnson also intentionally displayed a sexually graphic video to two young children during the course of the domestic disturbance. Johnson was later located and taken into custody without incident, then transported to Cumberland County Central Booking for processing and arraignment. Johnson was subsequently released on $20,000 unsecured bail. A preliminary hearing will be held on November 15, 2021. 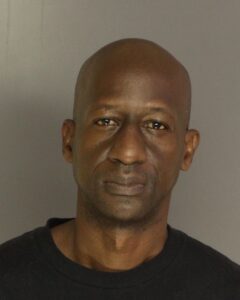 On November 2, 2021 at approximately 10:59 p.m. a vehicle being driven by Moffat Ongwena was stopped for a vehicle code violation. During the stop, Ongwena was found to be in possession of marijuana and drug paraphernalia. He was subsequently arrested and transported to Cumberland County Central Booking for processing. A preliminary hearing will be held at a later date. 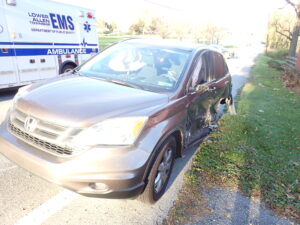 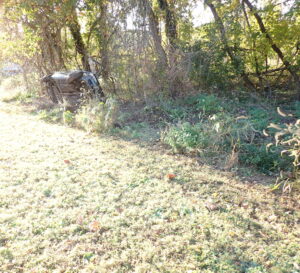 On Monday, November 1st, 2021 at 4:40 PM the Upper Allen Police were dispatched to the 400 block of East Lisburn Road to investigate a two vehicle crash. An investigation determined that the driver of the westbound vehicle had crossed the center line and had struck the eastbound vehicle before losing control and overturning. Both vehicles sustained severe damage and were towed from the scene. Both drivers were transported to nearby medical facilities with minor injuries. Upper Allen Police were assisted by the Upper Allen Fire Department, Lower Allen Fire Department, Lisburn Fire Company, Penn State Health Life Lion EMS and Lower Allen EMS.