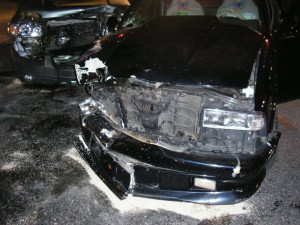 Both vehicles were towed to Hess Garage.

The juvenile driver was subsequently cited for failure to obey Traffic-Control Signals. 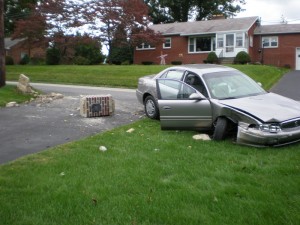 On Wednesday, September 30, 2009 at 8:19 AM Upper Allen Police investigated a single vehicle crash in the 500 block of East Winding Hill Road. Sandra Wirth, the operator of the vehicle, suffered a medical emergency causing her vehicle to leave the roadway. A brick mailbox post and utility pole were struck during the accident. Wirth was transported to Harrisburg Hospital for treatment of her injuries. Wirth’s vehicle was towed from the scene. 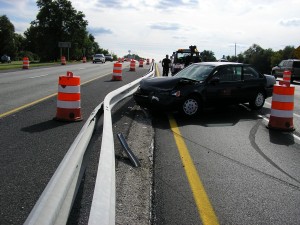 On September 25, 2009 at approximately 2:37 PM a Toyota Camry driven by Brittany Dean was traveling south on US Route 15 in the left lane. As she approached the construction zone just south of the Bowmansdale exit, Dean attempted to move from the left lane into the right lane. Prior to entering the right lane, Dean struck an orange construction barrel in the center of the roadway. Dean then attempted to steer back into the left lane, causing the vehicle to lose control. After two attempts at gaining control, Dean’s vehicle struck the center guide rail. The impact with the guide rail caused both the driver and passenger side air bags to deploy. Dean sustained minor injuries that did not require treatment. 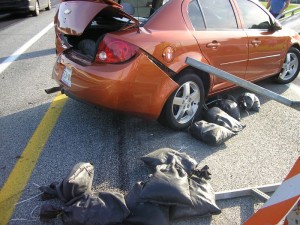 On September 20, 2009 at approximately 4:30 PM a Chevrolet Cobalt driven by Benjamin Holmes was traveling south on US Route 15 in the right lane. As he approached the bridge construction at the SR114 overpass, Holmes moved to the left lane which was occupied by a Ford F350 pulling a camper trailer driven by Raymond Hoffman. Holmes’ car was struck by Hoffman’s truck which caused Holmes to lose control and strike the guide rail in the center median. The impact with the guide rail caused driver’s side air bag deployment. Holmes corrected and veered into the construction median created by orange barriers striking a construction sign. Minor injuries were reported, but the parties declined EMS treatment.

September 12 through 19 marks Child Passenger Safety Week and Upper Allen Township Police Department would like to invite all parents and caregivers to make their children safer with our help. According to the National Highway Traffic Safety Administration (NHTSA), motor vehicle crashes are the leading cause of death for children of every age from 3 to 14 years old. This year’s child passenger safety week theme is “Pennsylvania’s Life-Saving Team.” This team includes law enforcement agencies (including Upper Allen Township PD), medical professionals, community organizations, car seat loan programs and fitting stations. This “Team” is thankfully making a difference and their success can be seen in the reduced number of fatalities involving children. According to NHTSA, over the period of 1975 to 2007, 8,709 lives were saved by child restraints.

Our department has a number of Child Passenger Safety Technicians who will be more than happy to educate you and assist you in installing your child safety seat. Call us today to set up an appointment- let’s make buckling up a life-long and life-saving habit!